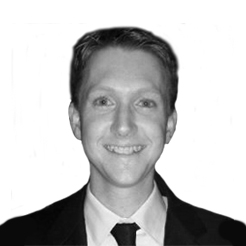 In mid-2015, the Nova96.9 breakfast show in Sydney partnered with the Australian version of the TV show “I’m a Celebrity Get Me Out of Here” for their 2016 season. While the show is broadcast five nights a week on Network Ten with the polish of any commercial TV network show, the technical challenges of capturing and broadcasting this content from the African ‘Jungle’ are as real as they get. Ultimately, we managed to not just stay on air but deliver a regular, professional outside broadcast service from another continent using only incredibly patchy internet links.

In terms of radio coverage, our task was to perform a week of outside broadcasts on location in regional South Africa for the daily breakfast show. The technical solution had to be economical, reliable and with latency low enough to not impact the normal operation of the show. Due to the sheer remote nature of the location, as well as the restricted local transport, an end-to-end solution with full redundancy was critical. There could be no single point of failure as relocating talent in the case of a critical fault would have taken days, not hours or minutes.

The only traditional high reliability connection possible in this kind of environment was satellite technology but, having priced this at a minimum $600/hour, the costs were just prohibitive for us in this project.  Not only were the costs unworkable but the latency of a round-trip satellite connection would have had a real impact on our programming.  Considering that some of the breakfast talent, regular in-studio interviews and all phone calls would still originate from Sydney, any significant delay would have really restricted the content we had planned and made any interaction between Sydney-based and Africa-based contributors impractical. 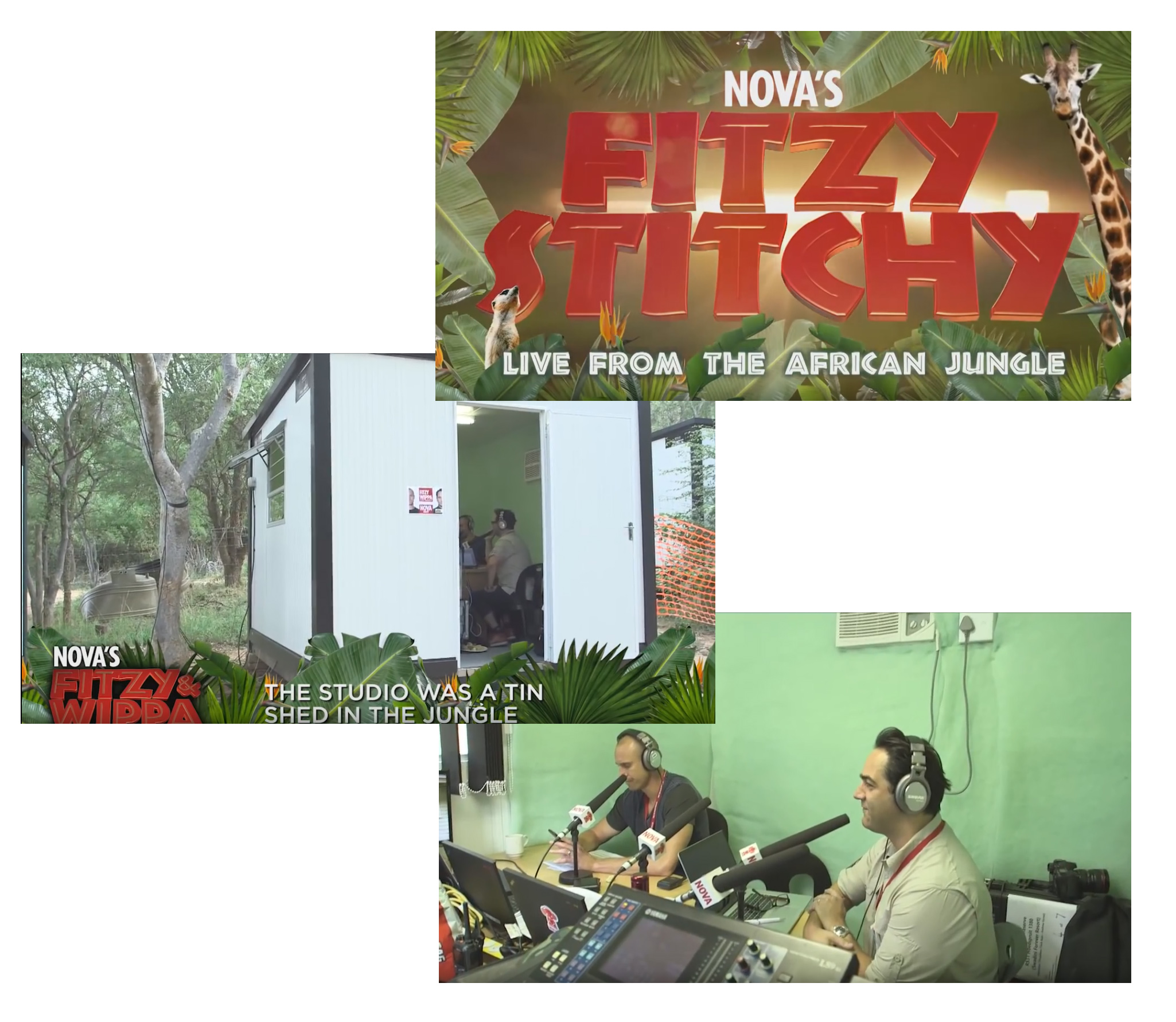 Searching for alternate solutions, engineers at both NOVA Entertainment and Network Ten set out to test an internet delivery solution that could meet this technological challenge. The microwave internet links built for Network Ten had low enough latency to be useful, but, on testing, they were so unreliable that a real-time audio stream from commonplace, low-bitrate, single stream IP audio codecs would provide patchy audio for no more than 30 seconds before disconnecting.

Previously, our engineers had been trialling the use of APT SureStream technology which claimed to successfully deliver reliability and high quality audio over the public internet. We had only ever used it in controlled test conditions within NOVA Entertainment, but despite this, it was felt that it was the best hope in meeting all the objectives of this project, so work began on configuring it for the application.

Over the month prior to the live broadcasts, the APT Horizon NextGen codec (now known as APT IP Codec) was pushed to its limit by the Nova96.9 Technology Team, first in the workshop and subsequently in the real life deployment between South Africa and Sydney. During this testing period, the technology was tweaked daily to find the absolute best configuration for the specific paths and connections to be used. 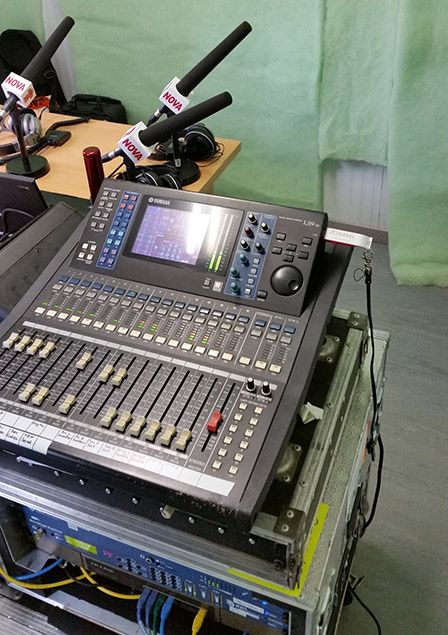 The final solution consisted of two microwave internet services on location in South Africa, and two fiber internet services into the Sydney studio premises. A total of six identical bi-directional streams were established between the two locations. First we established A-A, A-B, B-B and B-A connections between the codecs. Then, we used the “diversity generator” feature of SureStream to add a second pair of A-A and B-B links to optimize the performance and provide additional security.  A single ISP was providing both links on the South African end so we were keen to build in as much additional reliability as possible. Receive latency was set to 150ms and the MPEG AAC ELD algorithm was used in stereo at 128Kbps. To meet the high expectations of both the technology and programming teams, the design included a complete backup satellite system that used an APT Equinox codec.

Despite the poor quality of the internet connections available, the project was able to proceed with high quality audio, very workable latency and with connections that cost a fraction of what we would have spent on satellite.

The broadcast was ultimately a success and the content generated from the activity exceeded expectations.  Without the power of the SureStream solution, I just don’t know how we could have provided a practical solution to the content team.